Who is speedy the robot? 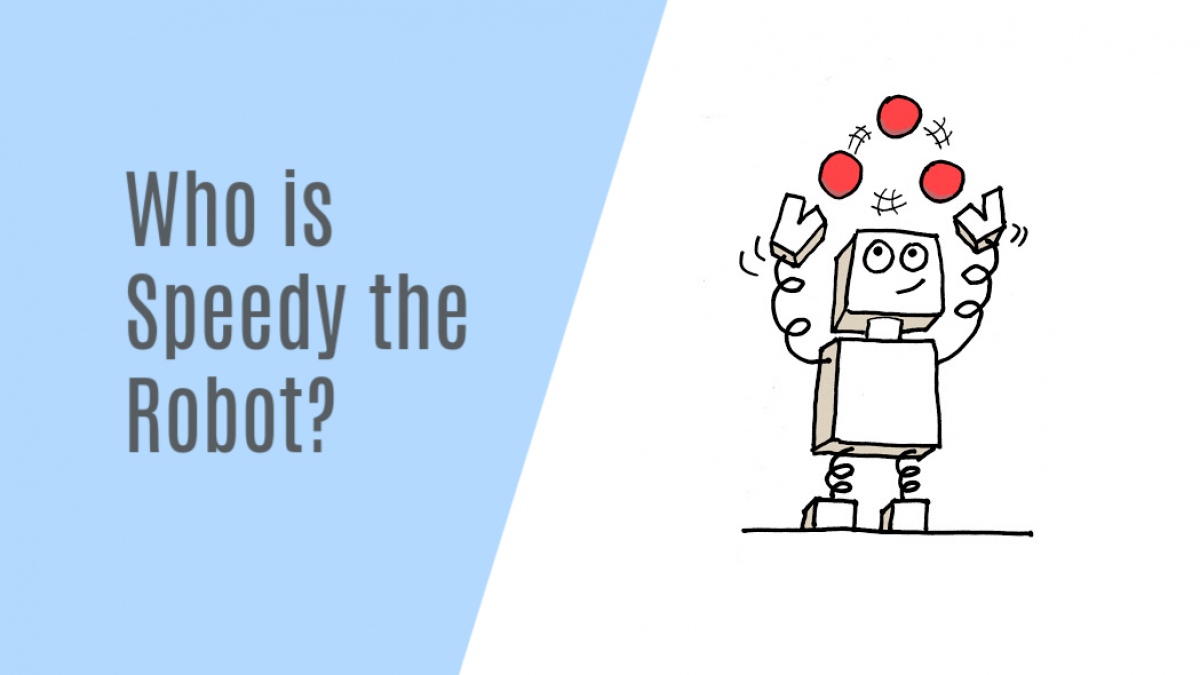 In my 'The Speedy Story' post I promised to tell you about where Speedy the Robot came from. So here it is!

I've been blogging on and off since 2009. Stock images had been a staple to break up the text and add a little colour, but a couple of years ago I got really bored with them. The same free stock photos were everywhere. I tried taking my own photos to build up an image bank - this can be a great idea if you regularly go to interesting places -  but there is only so much you can do when you spend most of your time in front of a laptop!

I'd drawn cartoons as a teenager and I fancied another go. But wouldn't my doodles look unprofessional? I decided to give it a go. I hadn't worked out how to draw digitally, so I just drew with a pen and paper, scanned it and cropped it. Here's one of my early doodles:

It's a little rough around the edges, but my doodles went down a whole lot better than the stock photos. On social media, I think people are looking out for something a little different, and for a tiny business like mine they'll forgive you if the image quality isn't perfect.

I decided to do more. I was glad I did, because finding engaging stock photos to illustrate tech blog posts isn't easy!

What I needed was a cartoon that suggested friendly, helpful tech. Nothing too technical or overwhelming, and definitely not treating people as numbers in a database. It seemed like a tall order, but then I scribbled a friendly robot:

He didn't need a name for quite a while, I just drew him doing various different things to illustrate my blog posts. But then it made sense to use him in my branding, too.

Somehow he became a 'he' rather than a 'she'. The elements that have been used to get across female cartoon characters (eyelashes, red lips, pink everything) annoy me, so I didn't want to go there!

Then came the time when he really did need a name. I read Isaac Asimov's short story 'Runaround' which featured a helpful robot called SPD-13 but known as Speedy. As Asimov was one of the founders of robotics and Speedy was one of his first creations, I thought this would be a great choice.

I've gradually improved my digital drawing - although I have some way to go - so Speedy has become sharper over the last couple of years. I still love a permanent marker, though and draw cartoons as a hobby (I blog about that here).

Get the Free Business Toolkit and start streamlining your business. 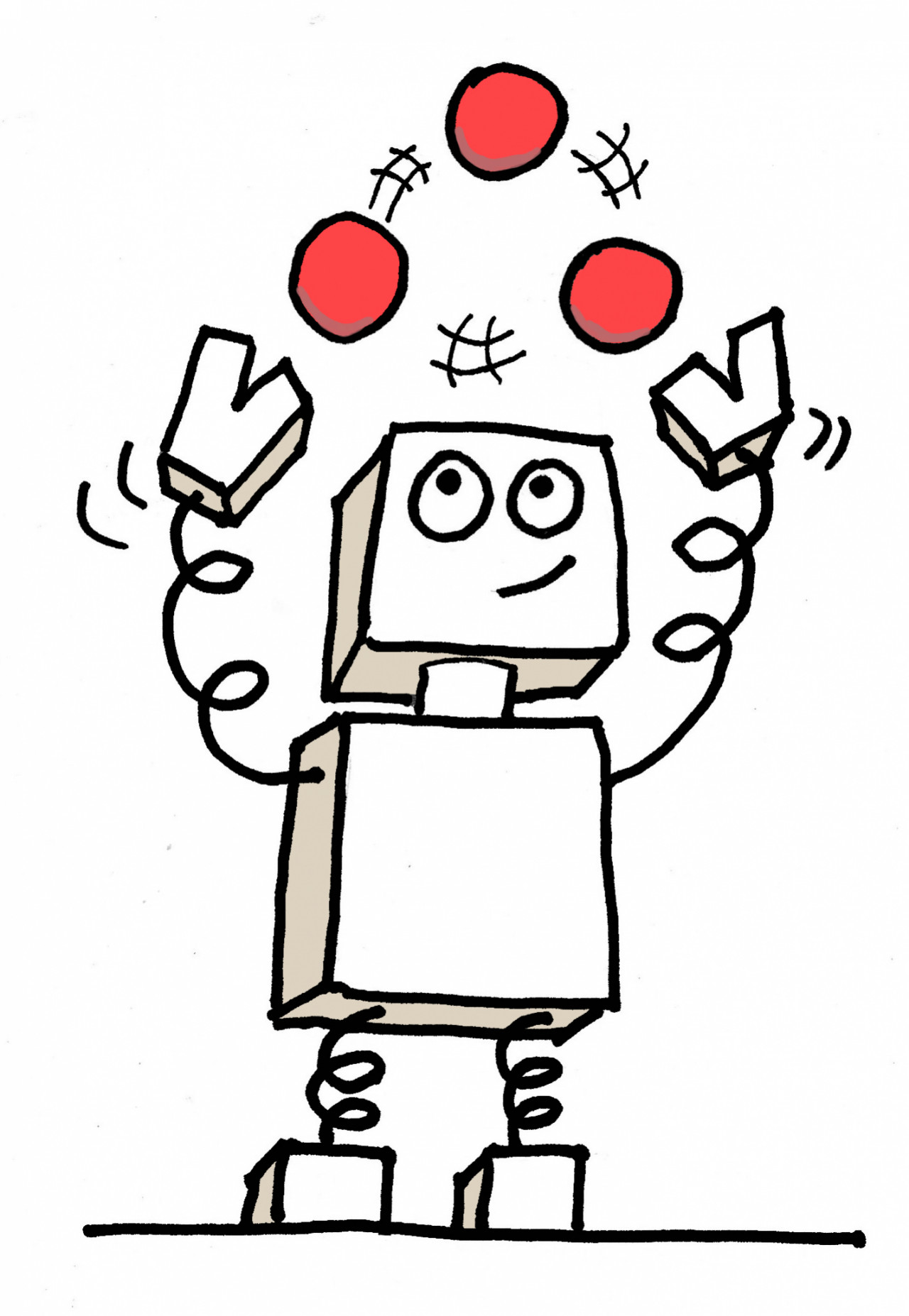 Give Speedy a try for free

Click the button to find out more about our Free Business Toolkit including templates, checklists nand tutorials to help you with your email marketing , customer data and online courses.